Back to Blog Articles 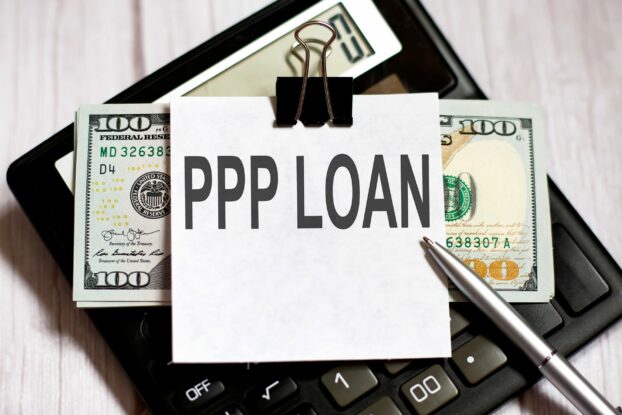 When the Economic Aid to Hard-Hit Small Businesses, Nonprofits and Venues Act, (Economic Aid Act or EAA), passed on December 27th, 2020 as part of the government spending package, the legislation specified that the SBA had to give guidance within ten days of enactment of the new PPP section, and the $284.5 billion dollars it funds. Guidance came at the 11th hour of the tenth day. SBA has signaled a second round of aid is fast approaching, but there remain key provisions that lenders are seeking final guidance around.

In this round-up of what’s included in the SBA’s new guidance and what still needs to be decided, we will outline some of the most important provisions of these new regulations and what steps lenders should take to be prepared.

Read More: PPP Lending in 2021: How Banks Can Make the Most of a Second Shot to Serve Small Businesses

The opening day of a Second Paycheck Protection Program (PPP2) could be just around the corner, as the Small Business Administration (SBA) released guidance late on Wednesday January 6 according to the mandate issued by the Economic Aid Act.

However, the agency also dropped a bit of a bombshell that many lenders will be familiar with from the late stages of the PPP first round. In a statement released alongside the new regulations, the SBA Administrator has released a statement affirming the SBA’s commitment to small and underserved businesses. Her statement announced that the SBA will start opening the loan portal to only small lenders for at least the first two days of program reopening.

For small lenders, this sets the tone for a very different kind of program this time around, even before the other regulations are taken into account.

Formal guidance from the SBA came in the form of two interim final rules (IFRs). Although many lenders will have grown tired of the endless stream of IFRs that marked the early phase of the program, the rules included here should provide some relief for lenders who have felt burdened by complex regulatory requirements that have sapped lending returns.

What is in the PPP2 IFRs?

The first IFR published by the SBA consolidates all of the first round PPP rules into a single, comprehensive document. The second IFR offers clarity on the methods for determining second draw loan qualifications for borrowers.

By consolidating the IFRs carried over from the CARES Act, the PPP Flexibility Act legislation and this new Economic Aid Act legislation, SBA is giving lenders a fresh start on the program. This  single document is much easier to navigate than its cumbersome predecessors. On top of that, certain provisions have been modified to reflect the intent of lawmakers in reopening the PPP.

One of the most significant changes that lenders will find among those in the consolidated IFR is the update to the lender fee structure, which now includes a set of rules governing the smallest sized loans which will incentivize processing even of the smallest borrowed amounts. Lenders will now be able to claim the lesser of $2,500 or 50% of the loan disbursement amount as a processing fee for loans under $50,000 in size.

Then there is the IFR which covers the rules for a brand new part of the program: the second draw loans.  This new set of rules explains how lenders will need to implement this highly anticipated piece of the program. At the forefront of the provisions are rules regarding eligibility conditions for hard-hit small businesses, changes to loan amount calculations that will benefit restaurants and hotels, and numerous detailed considerations that promise to open up new questions from the lending community.

Between the two documents lenders will need to be prepared for the program to open under the regulations set forth. Here are the most important takeaways for SBA-approved lenders from these new rules.

The EAA reopens the PPP for first-time borrowers, those who have never taken a PPP loan before. Adopting terminology used by lawmakers, these loans will now be called first draw loans. In addition, the SBA dutifully implements the rules for opening up the program’s coffers once again to second-time borrowers.

First and foremost, lenders should note that although it’s called PPP2 by many, the SBA’s rules do allow first-time borrowers to gain access to the program just as they did throughout spring and summer 2020. First draw loans will start being issued as the program goes live.

That said, funding for second draw loans has been specifically set aside by Congress. These loans will be made to existing borrowers. And although they are called a second draw by lawmakers and pundits alike, the loans are anything but a revolving credit line for business owners.

In fact, as the new IFR outlines, businesses will need to meet some significant new requirements to be eligible for a second draw loan. More on these rules shortly.

In general, the rules that lenders implemented to accomplish round one of the program will remain in effect for the second draw. There are some immediate changes that bear mentioning, however. Both first and second draw PPP loans are available for applications through the deadline of March 31stset by Congress. Both loans will also implement a new forgiveness rule allowing the borrower to choose a covered period ranging anywhere from 8 to 24 weeks at their discretion.

Although all these conditions have to be met for a borrower to pre-qualify, it’s the revenue reduction requirement that is getting most lenders’ attention.

According to the IFR the SBA has decided to implement two different ways to show a revenue reduction. The initial rule stated that borrowers can calculate revenue reduction by comparing a single quarter in 2020 to a single quarter in 2019. However, many businesses do not keep quarterly financials. For businesses that prefer, the SBA has announced that the rule will be simplified to allow for annual comparisons if the business had full year of operations in both 2019 and 2020.

Both of these methods use “gross receipts” as a measure of revenue. The IFR on second draw loans defines gross receipts to include all revenue in whatever form received or accrued (in accordance with the entity’s accounting method) from whatever source, including from the sales of products or services, interest, dividends, rents, royalties, fees, or commissions, reduced by returns and allowances.

Watch out for the aggregate loan amount caps as well. The SBA has issued guidance that says that affiliated businesses cannot receive more than $4 million in total for all second draw loans, and that any corporate group cannot take more than $20 million across all loans received from the PPP over both first and second rounds. As of this writing, guidance from the SBA on how aggregate loan affiliation is to be substantiated is still pending.

Important to also note is the changed eligibility amount for businesses in the Accommodation and Food Services industry (NAICS 72). These companies can now get up to 3.5 times their average monthly payroll instead of 2.5 times for everyone else.

What documents will be required for PPP applications this time?

The documentation requirements from the first round of PPP saw many lenders initially asking for full SBA underwriting packages. This slowed down loan processing and left many lenders struggling to provide accurate status updates to their clients.

Thankfully, one saving grace of the new IFR is that for second draw loans the government has announced that documents provided by borrowers as part of an application for initial PPP loans can be carried over from the first round to the second round. At a minimum, this should save some back and forth with borrowers. And for lenders who implemented a digital document management solution, it will be as simple as revisiting an existing borrower’s online file.

There is one wrinkle in the documentation area that lenders should take notice of, and that is where revenue reductions are concerned. It’s important to note that this revenue reduction requirement is usually an inverse of the kind of underwriting that most lenders would perform, and it comes with its own set of logistical questions.

The documents the SBA rules have so far outlined for revenue reduction support include:

What Can Lenders Do to Be Ready?

Paycheck Protection Program lending is almost here again, and with these SBA rules now released it’s only a matter of time before new forms and further guidance is issued to enact the program. Lenders should prepare by ensuring they have a scalable and digital-first way of processing the loan requests they will receive from their small business clients. 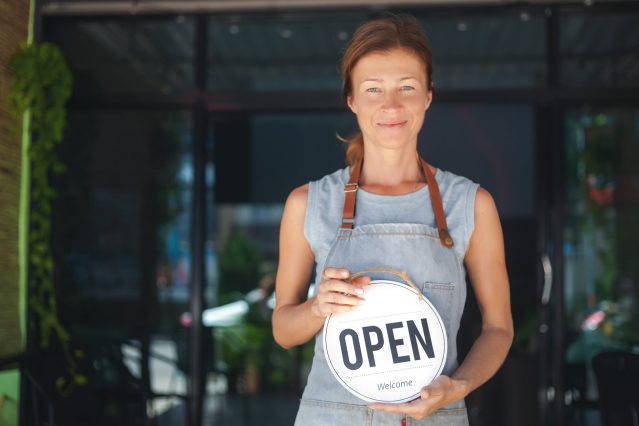 How Banks Can Improve Customer Service for Small Business Clients 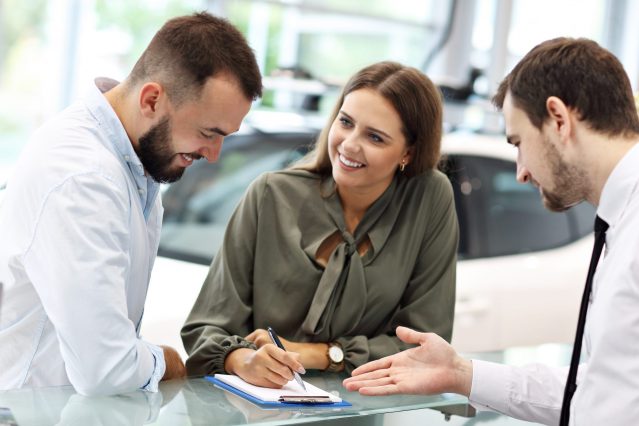 The Most Important Business Lending Platform Features for Community Banks

What Bankers Should Know About Auto-Decisioning for Business Loans 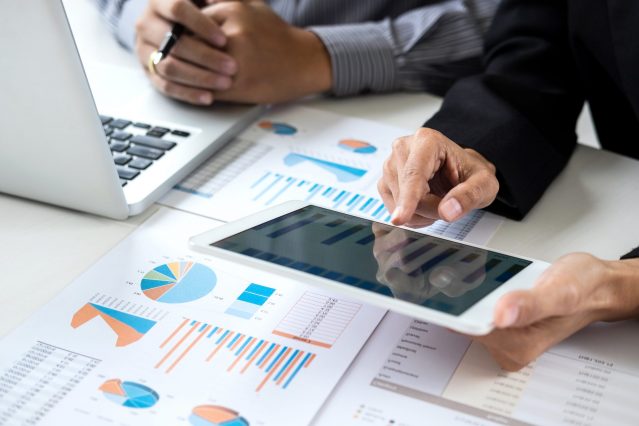 7 Ways For Community Banks to Use a Business Credit Platform 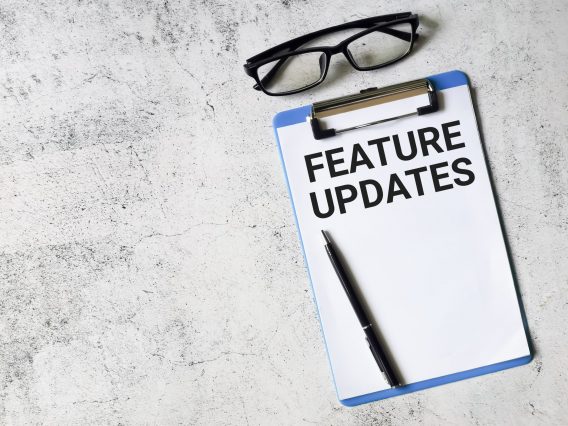 The Most Important Features of Online Account Opening Software for Banks 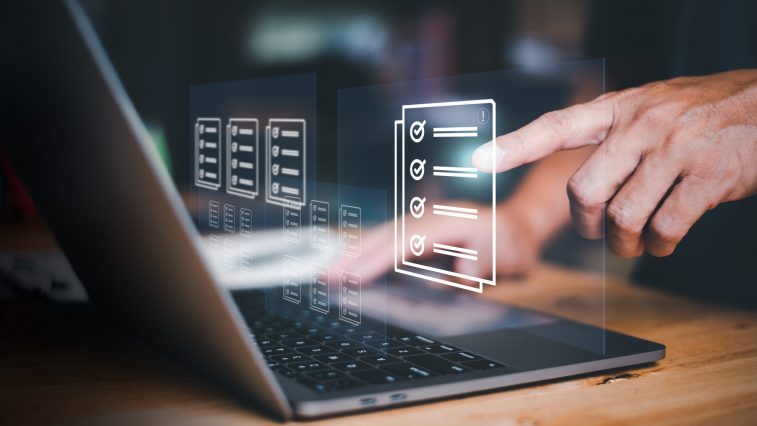 What to Know About Automated Business Loan Document Management Software

Understanding the Benefits of Automation: Questions to Ask When Comparing Loan Origination Solutions

Six Things to Do Before Selecting a Business Banking Platform

Get a demo: See Biz2X in action

Connect with a funding platform specialist for a customized demo of Biz2X for your bank or financial institution. Schedule one-on-one time, or bring your colleagues.

Stay up to date with our Lendsights newsletter

This website uses cookies to improve your experience while you navigate through the website. Out of these, the cookies that are categorized as necessary are stored on your browser as they are essential for the working of basic functionalities of the website. We also use third-party cookies that help us analyze and understand how you use this website. These cookies will be stored in your browser only with your consent. You also have the option to opt-out of these cookies. But opting out of some of these cookies may affect your browsing experience.
Necessary Always Enabled
Necessary cookies are absolutely essential for the website to function properly. These cookies ensure basic functionalities and security features of the website, anonymously.
Functional
Functional cookies help to perform certain functionalities like sharing the content of the website on social media platforms, collect feedbacks, and other third-party features.
Performance
Performance cookies are used to understand and analyze the key performance indexes of the website which helps in delivering a better user experience for the visitors.
Analytics
Analytical cookies are used to understand how visitors interact with the website. These cookies help provide information on metrics the number of visitors, bounce rate, traffic source, etc.
Advertisement
Advertisement cookies are used to provide visitors with relevant ads and marketing campaigns. These cookies track visitors across websites and collect information to provide customized ads.
Others
Other uncategorized cookies are those that are being analyzed and have not been classified into a category as yet.
SAVE & ACCEPT